Schedule and Price of bus tickets to Viña del mar

Viña del Mar is located in the V region of Valparaiso being one most visited destinations by tourists throughout the year. Its proximity to Santiago, only 90 minutes separates it in vehicle, it favors the tourism of both Chileans and foreigners, who visit this area mainly in the summer season, highlighting the presence of Argentines on the beaches of the city.

The garden city, as it’s known for being one of the largest green areas in the country, has extensive gardens on its coast and gives special attention to the preservation of native species in its Botanical Garden, which has been a tool to educate the population about the protection of the national flora and the importance of having a green lung in the city.

Its nature as a spa town, has been forged by the authorities seeking to take advantage of public spaces and combining them with private investors in harmony, allowing in the 8 kms that extends its coast the possibility to practice different sports, uniting its 13 beaches, in which it is possible to find a great gastronomic and entertainment offer.

One of its main attractions, it’s the “Casino Municipal de Juegos”, which was inaugurated in 1929, being the first of its kind in the country, with large gardens in its interior and an area of ​​20000 m2, where besides the room of games, has an auditorium, rooms for conferences and seminars, developing a great number of cultural activities that have allowed to expand the offer of shows of the city. Also within its facilities is the "Hotel del Mar", which has five stars.

Within its beaches, it emphasizes the beach of Reñaca and its sectors 1 to 5, in which a great number of visitors congregates to enjoy the waters of the Pacific Ocean, although they are not considered suitable for bathing so it’s possible to find a large number of surfers.

In addition this sector stands out for its nocturnal life, being possible to find pubs and discotheques to the edge of the bay, being ready to receive its visitors from early hours of the afternoon.

On the other hand, the sports beach stands out for its sporting activity, in which the municipality of the city, under "The House of Sport", organizes different activities for children and adults. It possesses courts for the practice of different sports like beach volleyball and futbolito, a slackpark for the practice of slackline and an amphitheater for the practice of zumba, aerobics, gymnastics, among others.

A tourist point of the city is the Clock of Flowers, located at the foot of Cerro Castillo, a place marked by its tradition and history. Its construction was realized when the city was named host city of the 1962 FIFA World Cup, and since then it has become the postcard of the city.

Another point of attention is the Sausalito lagoon, which although it was built in order to contribute water to the region's vineyards, is currently a dedicated place for sports practice and as a place of recreation for its visitors. In its surroundings it is possible to find a skatepark and the stadium Sausalito of the city team, Everton.

Walking through the streets of the city, it’s possible to find numerous palaces and old mansions of wealthy families that have been transformed into luxury museums.

In the cultural field, Viña del Mar stands out as a platform in which culture and art are combined, with concerts and musical contests being developed in the Municipal Theater of the city which has the capacity to receive 1100 people.

During the month of February, the city is paralyzed around the celebration of one of the most important festivals in South America, The Viña del Mar International Festival of Song, which takes place in the amphitheater of Quinta Vergara, receiving 15,000 spectators every year, being transmitted through radio and television. Although the main idea of ​​the contest has been to promote the popular and folk music of the region, the attention that generates the grill of artists who are invited to the event has affected this initiative.

The characteristic of Mediterranean climate of the city, with rains during winter and the prolonged dry season helps to maintain the tourism in the region throughout the year, thanks to its pleasant climate that during the summer fluctuates between the 13ºC and 25ºC.

In PasajeBus.com you can compare and buy bus tickets to Viña del Mar with Andesmar and Expreso Norte. 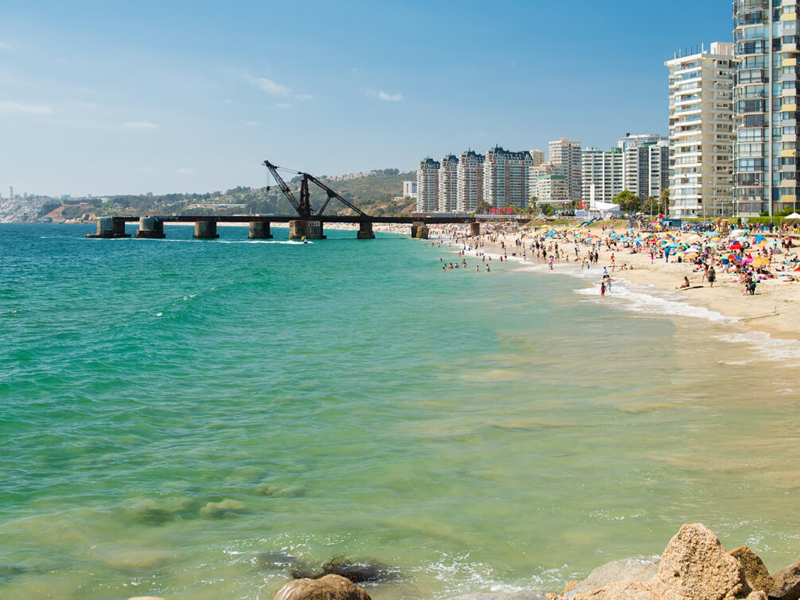 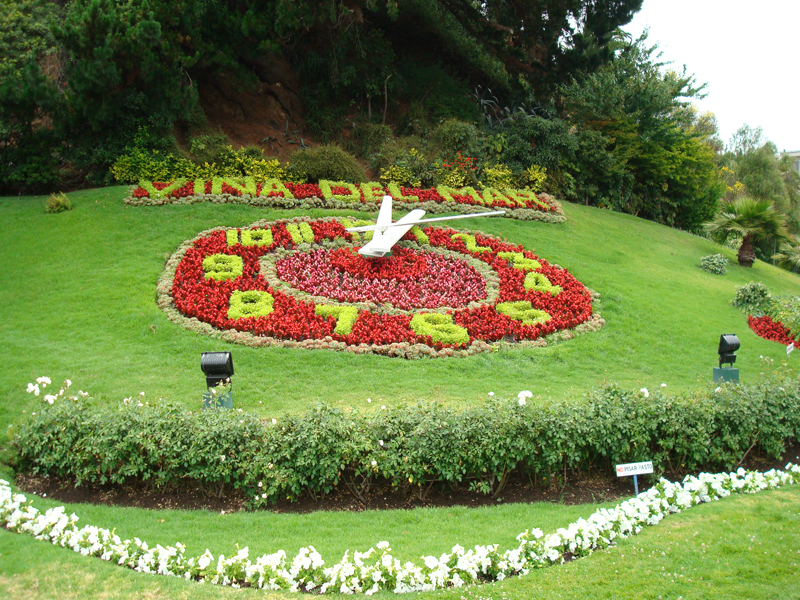 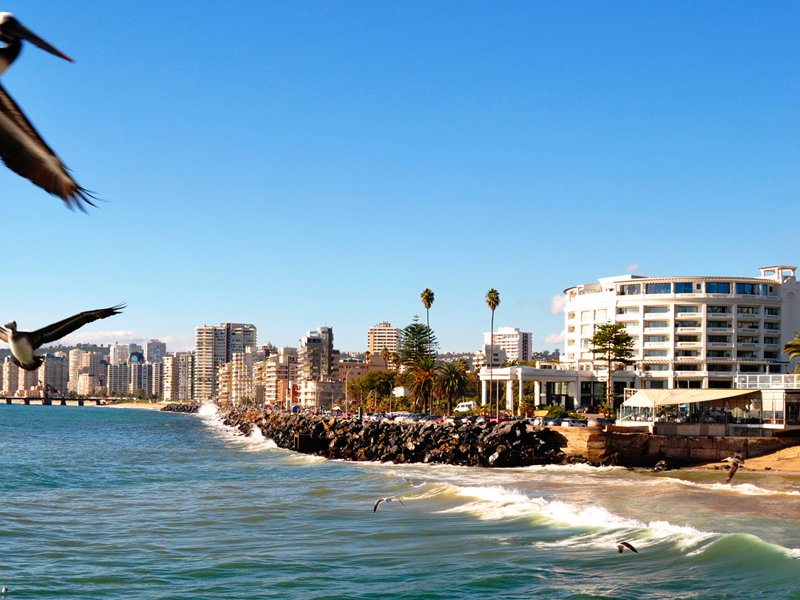 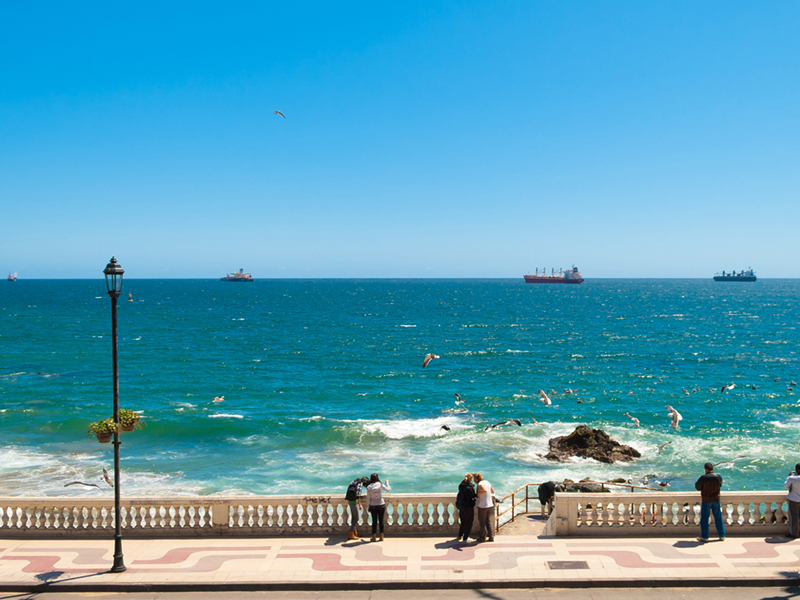 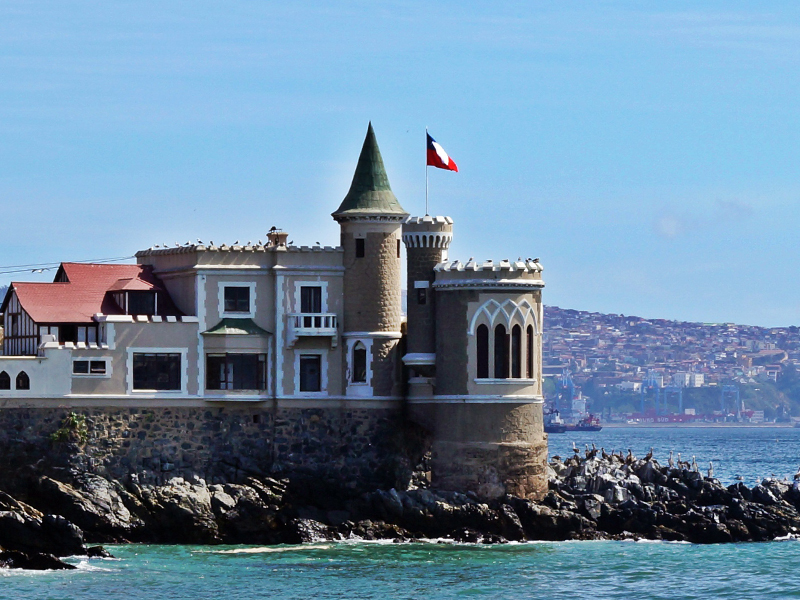 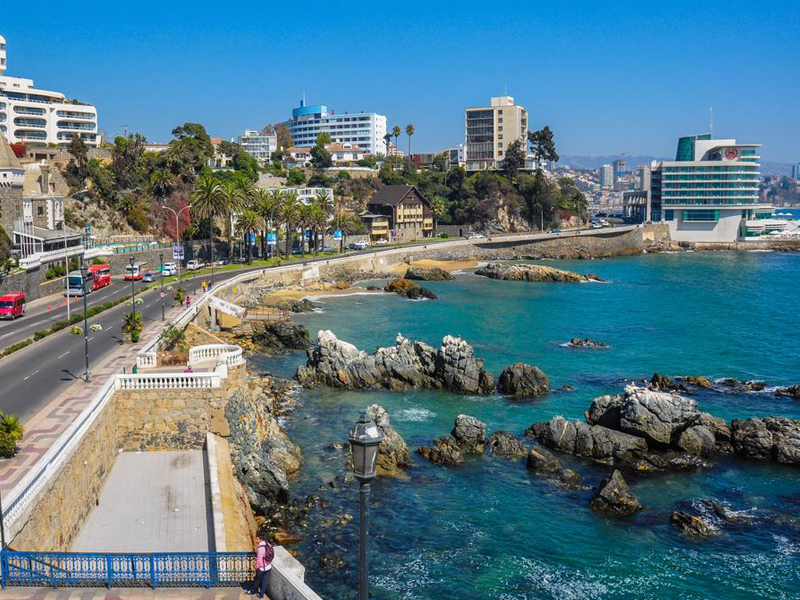