San Pedro de Atacama is located in the II region of Antofagasta, being one of the main tourist destinations of the country. Located 98 kilometers from Calama, this picturesque town stands out for its adobe constructions that seem to keep it stopped in time, its extensive landscapes and the unique tranquility of the desert, welcoming tourists from all over the world throughout the year.

This city is the gateway to the most arid desert in the world, with a large number of natural attractions that, thanks to government and private care, have allowed for its preservation, seeking to extend its existence for future generations.

In the center of the village, on the Caracoles street, you will find a great number of restaurants and offers of various agencies with panoramas for all tastes: from cycling through the valley, to entertaining afternoons practicing sandboarding in the dunes, to flying in Balloons. In addition, you’ll find the market where it is possible to enjoy local crafts, with use of wool, cactus wood and even volcanic soil.

Two kilometers from the city center is the "Death Valley", name given by the inhabitants of the area, Gustavo Le Paige investigated the place in the 50s and 60s,  surprised by its rocky formations he named the place as “Mars Valley”, for its similarity to what he knew about Mars, that’s why a large number of researches are carried out in this place. To reach this place it is obligatory to pass through the Cordillera de la Sal, which owes its name to the presence of calcium sulphate which gives a snowy appearance to its different rock formations.

In this same sector it is possible to visit the Valley of the Moon, declared a sanctuary of nature, it was named for its characteristics similar to the lunar surface, with colors and textures that make this place a natural phenomenon unique in the world, and that owes it to the encounter of the Atacama desert with the Andes mountain range. It has dry lakes, covered with salt shawls, which together with the sun rays are delivering a true spectacle throughout the day, this is due to the variations of colors that are generated and the forms that are highlighted by the effect of light and shadow. In this place is the famous “Piedra del Coyote”, from where you get a complete view of the valley that combined with the hills and volcanoes on the horizon make this an unforgettable postcard when visiting San Pedro de Atacama.

At 18 kms southeast of the city, it’s the Cejar Lagoon, with turquoise waters, it has high concentrations of salt and lithium (higher than those of the Dead Sea), which allow even those who don’t know how to swim, sink and float. Also nearby are the lagoons Piedra, Ojos del Salar and Tebinquinche.

The Salar de Atacama, counts on approximately 12000 km2 of surface, being part of this to the interior of the National Reserve of the Flamencos. Conformed by salt fields and salt lakes, it’s characteristic of this place its strong winds by its proximity to the Pacific Ocean and Andes mountain range at the same time. Here you can observe a great variety of birds that migrate according to the seasons and that have made this place its natural habitat. Given the high concentrations of salt, there is a great variety of species such as reptiles, birds and insects.

From San Pedro, 90 kms. To the north are the geysers of the tatio, of great tourist interest for its imposing fumaroles that have their origin in the contact of subterranean rivers of ice water with hot rocks, reaching 85ºC and until 10 meters of height.

Other attractions that are in the city are the Church of San Pedro de Atacama, the archaeological museum Gustavo Le Paige which has archaeological remains of villages that inhabited the area and which reflect the evolution of Atacama territory in the last eleven thousand years and the Inca house, oldest building in the city.

In addition it’s possible to visit varied archaeological ruins, as in the Village of Tulor and the Pukará of Quitor and to enjoy thermal waters as in the Hot Springs of Puritama to 28 kms of the center of the city,

For its pristine skies, San Pedro de Atacama was chosen to produce the largest astronomical project in the world, housed at 5000 m.a.s.l., the ALMA Astronomical Observatory, which also has 66 antennas of the European Southern Observatory, from where different findings have been made given the quality of the sky.

The climate of the place allows it to be visited all year round, but during the summer season special care must be taken with the rains that the Bolivian winter prevails in the area.

In PasajeBus.com you will find this tour with SRT Cielo and Buses KTur. 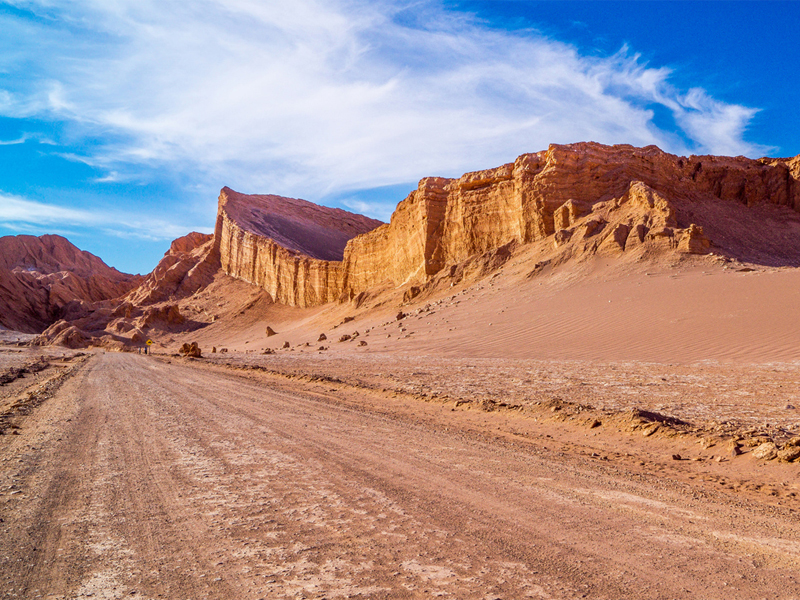 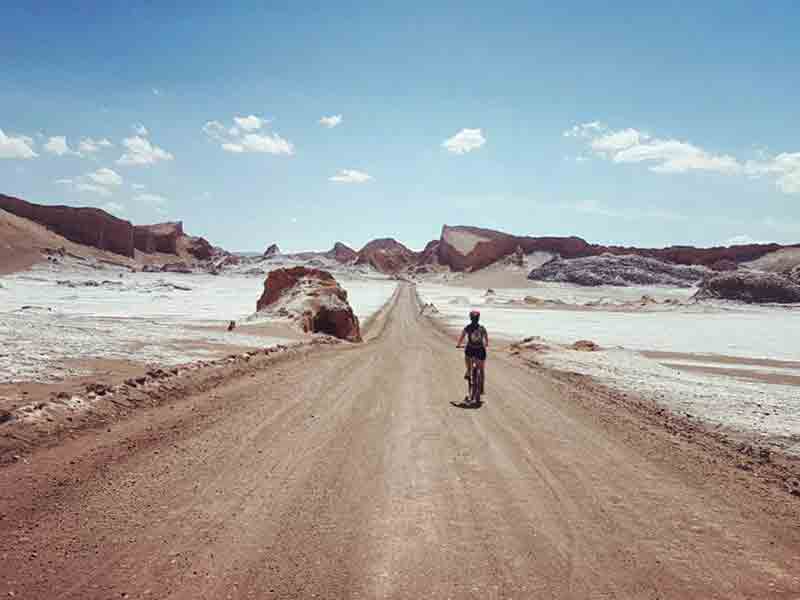 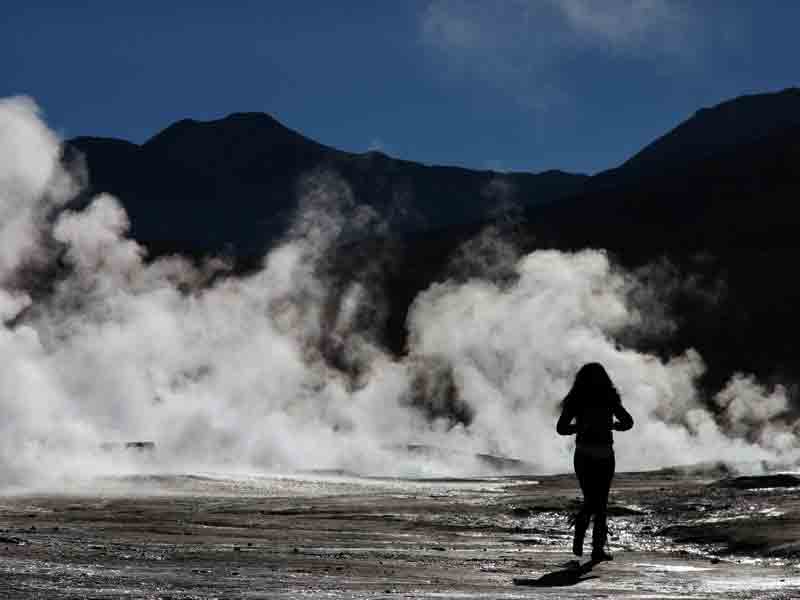 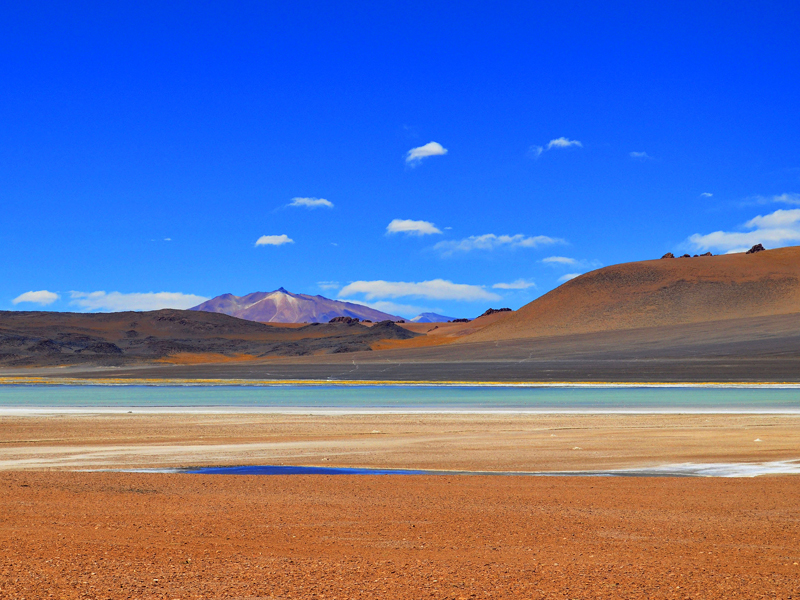 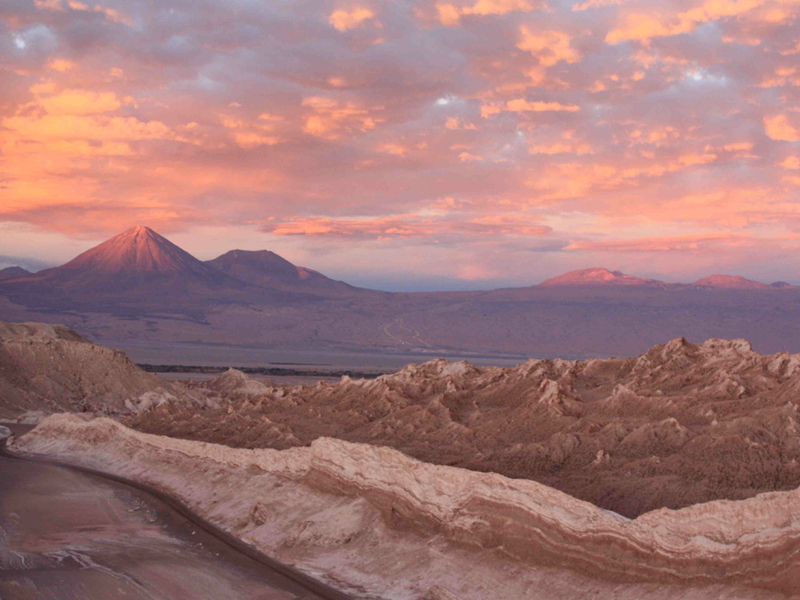 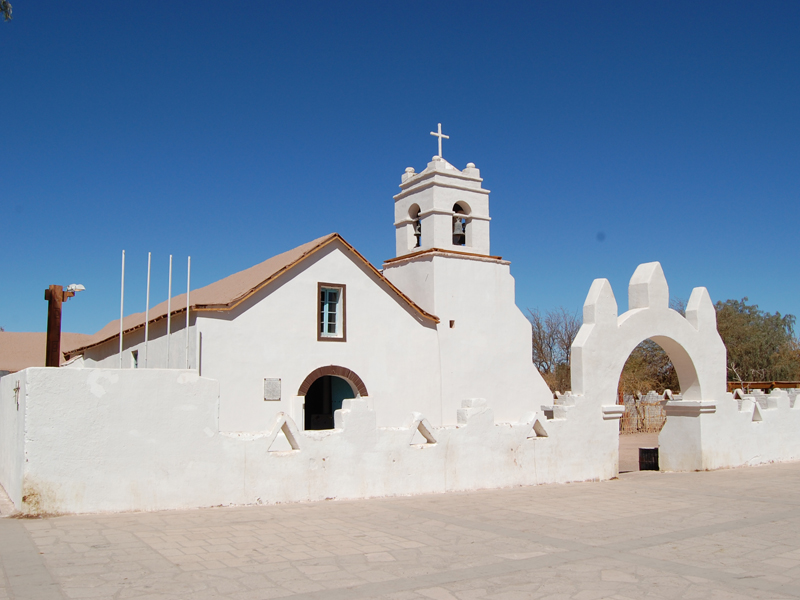