Schedule and Price of bus tickets to Antofagasta Known as La Perla del Norte, this is Antofagasta, city, port, and commune of Chile. It is of hot earth and of little vegetation since it is immersed in the aridest desert of the whole world, the Atacama Desert. To the South, it borders Taltal and Diego de Almagro, to the north with Sierra Gorda, Mejillones, and San Pedro de Atacama, the Pacific Ocean borders it to the west and to the east with the Los Andes Department of Argentina.

As for the climate, Antofagasta maintains a temperature between 18 ° and 28 ° due to its desert location. In winter it does not exceed this minimum, however, in summer it can exceed 30 °.
The low water and high presence of aridity is a consequence of the Humboldt Current, which is an ocean current caused by the rise of deep waters that occurs on the western coasts of South America, especially on central and northern coasts of Chile. This also produces abundant humidity and morning mists known as camanchaca.

Antofagasta became formally Chilean territory in 1905 after the signing of the Peace and Friendship Treaty between Bolivia and Chile, after the end of the Pacific War in 1884 in which it disputed the territory of Antofagasta, since Bolivia had failed to comply with the Treaty of Limits of 1874 in which the tax increase was prohibited for the Chilean company Compañía de Salitres y Ferrocarril de Antofagasta.

After the end of the war, the arrival of Chileans increased, especially from those from the provinces of Norte Chico (the current regions of Atacama and Coquimbo), to the new provinces of Antofagasta and Tarapacá, the so-called Norte Grande. New settlers also arrived from Europe (especially Spaniards, Croats, English, and Greeks) and from China and the Arab countries.
Until 1929 Antofagasta depended economically on the exploitation of saltpan, but this activity was replaced by the exploitation of copper. Chile is currently the largest copper exporter in the world, with Codelco being the mining management company, which is located in Antofagasta.

Due to economic activity, Antofagasta is the second most expensive to live in all of Chile, after Santiago and Punta Arenas, which share the first place. However, although it is expensive, its population exceeds the purchasing power of the country's average.
In the nineteenth century, the mineral exploited was nitrate, because Chile had deposits and this had great value worldwide, which caused people from all over the world, mainly Americans, Spaniards and English to be interested in Antofagasta. But this did not last long, because the nitrate industry fell when Germany synthesized sodium and potassium nitrate giving life to synthetic nitrate during World War I. Hence, copper gained strength in the twentieth century, being the main Chilean export mineral to date.
The most important copper companies are: Mantos Blancos, Minera Escondida and Minera Zaldívar.

Due to the economic movement in Antofagasta, the Casino & Resort Enjoy Antofagasta was built, which is composed of: five-star hotel, convention center, spa, three restaurants, five bars, bingo, buffet, cafeterias, performance hall, zone children, and disco.
Regarding the exploitation of tourism in Antofagasta, this is not one of the forts of the commune, as there are not enough attractions to attract the attention of travelers.
However, thanks to mining activity what has been growing is hotel tourism, which means that hotel capacity is occupied almost all year. Few travelers are excited to visit the city.

Some of the tourist attractions that are located in the Pearl of the North, is the La Portada Natural Monument, one of the 15 protected natural monuments in Chile. This natural beauty is a geomorphological accident composed of volcanic rocks and fossil remains that reaches a height of 43 meters and a width of 70 meters.
Another focus of attention for travelers is the La Chimba National Reserve, one of the 52 nature reserves in Chile, located 15 kilometers from Antofagasta. It is an arid landscape that offers up to ninety species of fauna and flora.
There is also the Milestone to the Tropic of Capricorn, a sculpture built in the southernmost place to stay under the sun. Its design designed to serve to highlight the Tropic of Capricorn and as a solar calendar.

Another of the beauties found in Antofagasta is the artificial beaches built because the coast of the Pacific Ocean is rocky, not suitable for bathing. Some of them with El Trocadero, Paraíso, El Huáscar, La Rinconada and Juan López.
Currently, Antofagasta seeks to enhance tourism destination, however, mining remains its first and largest economic activity.
To get to Antofagasta, from the south you must stop in Santiago and take another bus, from localities located in the north there are direct trips.

The bus companies that arrive at Antofagasta are Expreso Norte, SRT Cielo, Pullman San Andrés, Pullman Bus, Turbus, these companies can be found at the Bus Terminal in Antofagasta or the private terminals of each company. 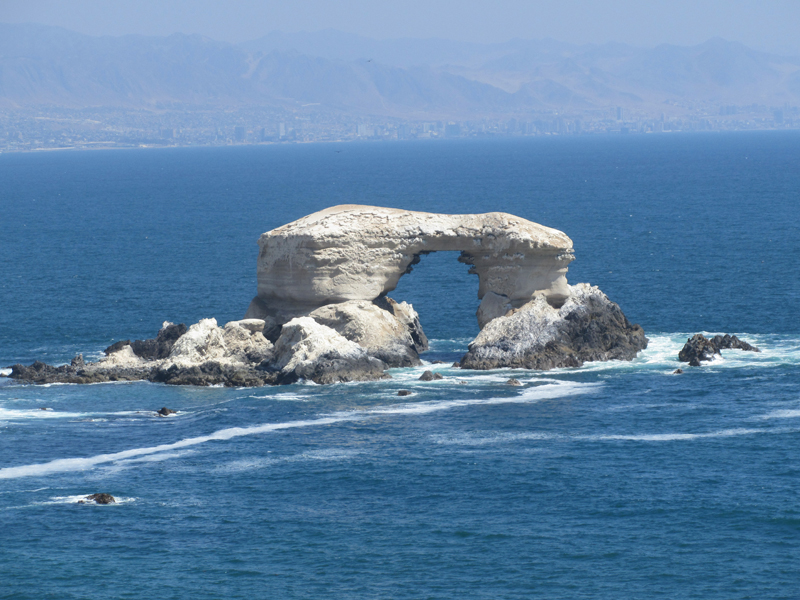 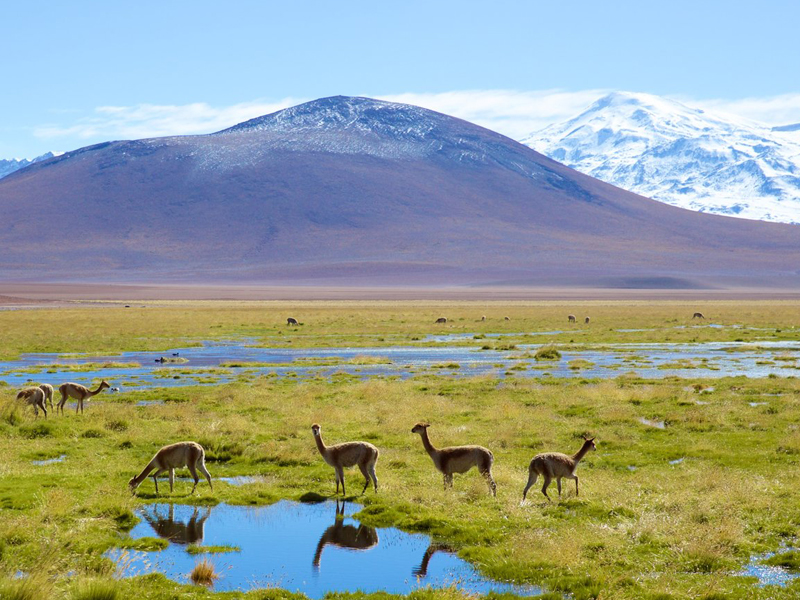 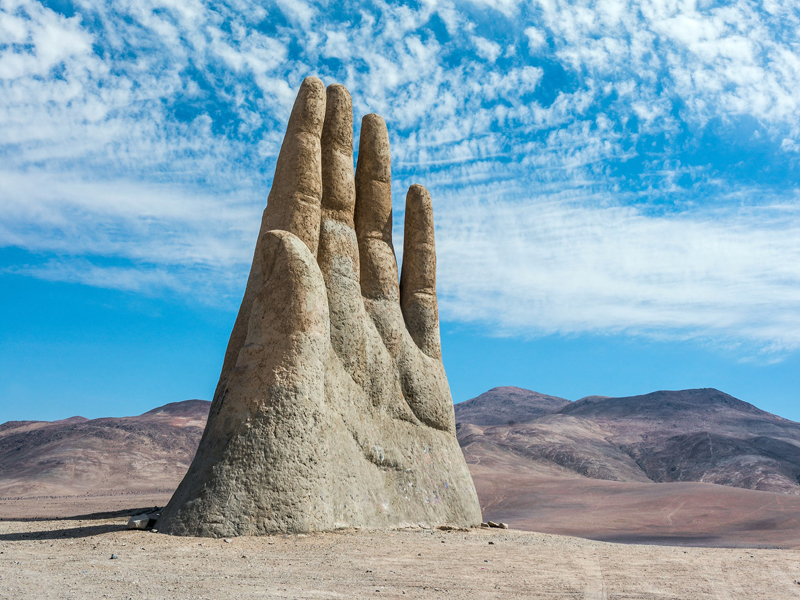 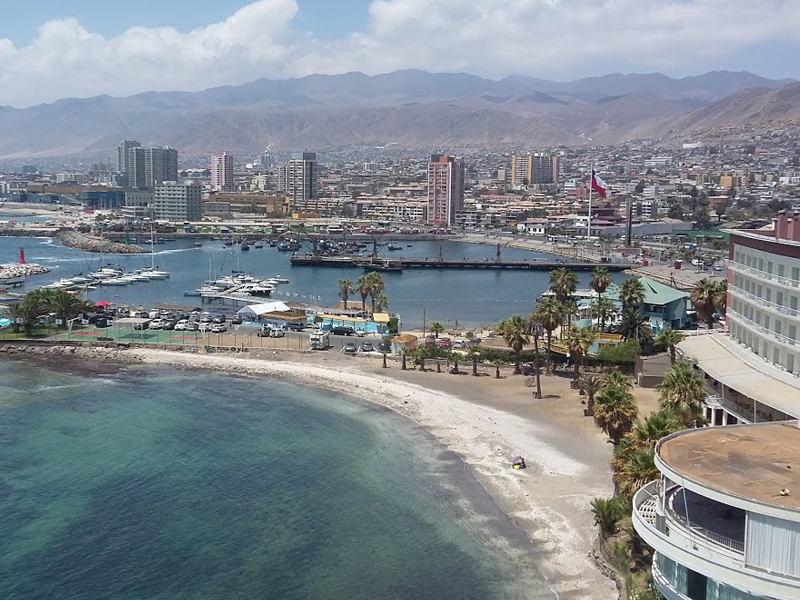 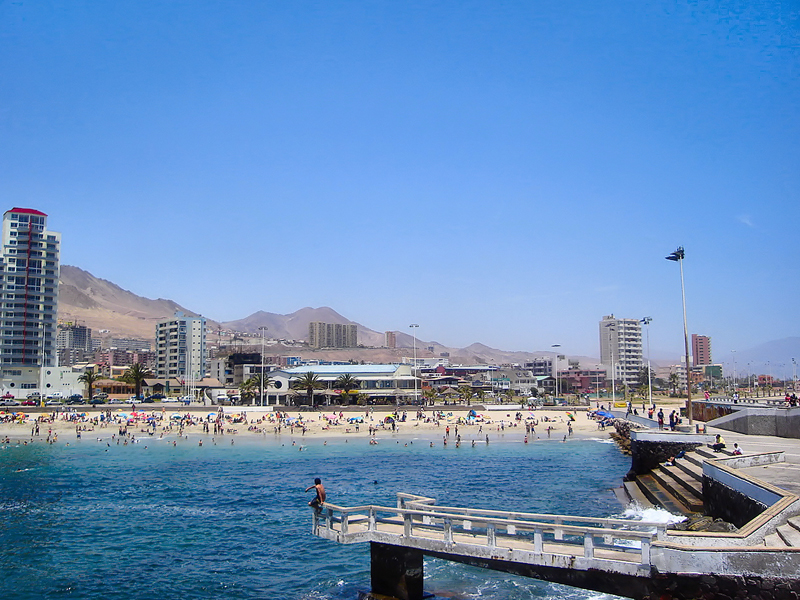 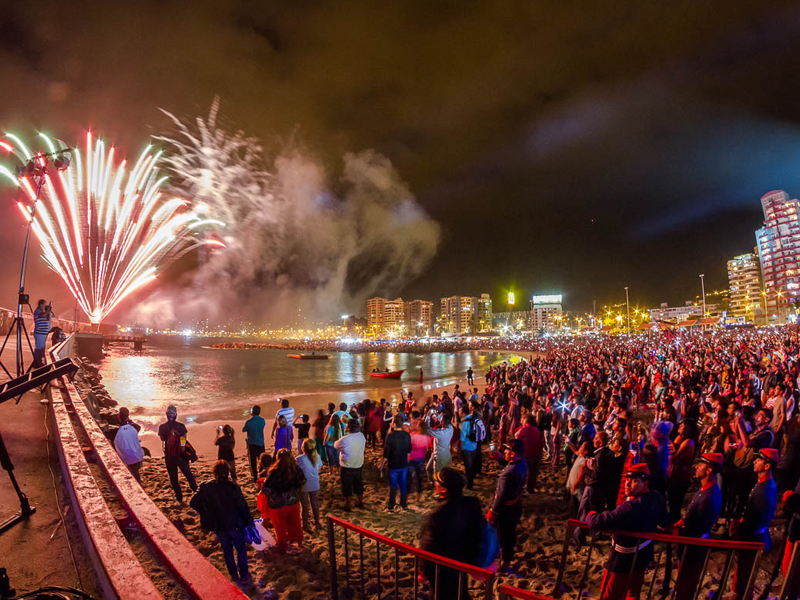